3 Surely He shall deliver you from the snare of the fowler, and from the perilous pestilence.4 He shall cover you with His feathers, and under His wings you shall take refuge; His truth shall be your shield and buckler.5 You shall not be afraid of the terror by night, nor of the arrow that flies by day,6 nor of the pestilence that walks in darkness, nor of the destruction that lays waste at noonday.

Please join me as I welcome Delia Latham.

I have read a number of Delia's books and have enjoyed everyone. Let's see what she has to say about the "making" of her newest release Jewels for the Kingdom. 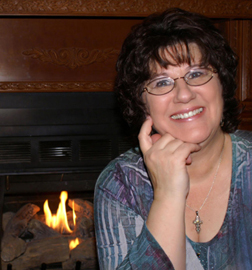 Born and raised in Weedpatch, California, Delia Latham moved to Oklahoma in '08, making her a self-proclaimed California Okie. She loves to read and write in her country home, and gets a kick out of watching her husband play Farmer John. She's a Christian wife, mother, grandmother, sister and friend, but especially loves being a princess daughter to the King of Kings. She loves Dr. Pepper and hearing from her readers. Contact her through her website (www.delialatham.net) or send an e-mail to: delia AT delialatham DOT net.


As readers, we read.

But how often do we think about what the author might have learned or experienced during the writing of the book we’re so avidly devouring?

Before I became one, I never thought about the author as a person—just a name on the front of a book. I knew, of course, that real, live people wrote the books I loved. But I knew nothing about them on a personal level, so they never seemed real to me. I simply recognized names, because I learned which names on the front cover pretty much guaranteed an excellent story. 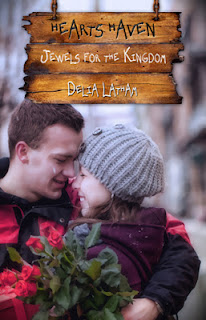 As a writer, I’ve learned that most authors experience something personal during the writing of a book—something specific to that book, something they will never forget. I’d like to share with you just a little about—in Hollywood terms—“The Making of Jewels for the Kingdom.”

As an aside…don’t you just love the Christmas collections Barbour Publishing puts out every year? Usually, these books include four stories, each written by a different author. While the characters in the different stories don’t always connect with each other, there’s always some kind of central theme—like maybe a location. A town. A church family. A school. You get the picture.

I enjoy the brevity of those stories, for one thing. During the busy holiday season, anything that takes too long to read is out of the question. So… short stories. A connecting thread. Great writing. What’s not to like?

I wanted to do something similar. Not a copycat version of Barbour’s Christmas books, but something close.

First I had to sell my publisher on the idea for—blinking light bulb here, please—a Valentine’s Day collection. To my surprise, it wasn't a hard sell…although she didn't want to release a single book with four stories inside the cover. Our collection was to be four individual releases. OK, I could live with that.

Now I needed an idea for a theme so, as I always do when I’m getting ready to write, I took it to God first. Let’s face it, folks…without His anointing and guidance, anything I came up with would be pure drivel. So I took step number one, which was to invite Him into the project. And as usual, once invited, He took control and turned Heart’s Haven into a living, breathing community of living, breathing characters. All four authors fell in love with the concept, and believe me, that heart-connection shows in the end product.

Heart’s Haven is a complex of rental cottages owned by Andrew Hart, a crusty old East Texas bachelor. Rumor has it this old gentleman sees and speaks with angels—his own, and those assigned to others, as well. Hart doesn't even bother to acknowledge the gossip…but he doesn't deny it, either. Hmmm.

I should probably also mention that Heart’s Haven has gained something of a reputation for being a gateway to romance…and the tenants of the Heart’s Haven cottages pass through that gateway, whether or not they intent or even want to do so.

I know from conversations we've all shared that, what started out as just another opportunity for a book contract soon became something personal to each of the four Heart’s Haven authors. Our stories took on lives of their own and developed into beautiful experiences—not only for our characters, but for each of us as well.

My heroine, Pia Peretti, is a beautiful Italian woman whose pre-Christian lifestyle was something less than admirable. At age fourteen, she discovered that she was adopted, and learned the sad truth—that her birth father hadn't wanted her. It stole her sense of identity and destroyed her self-confidence. As so often happens, she tried to recapture it by looking for love in all the wrong places.

Not all that unusual a scenario. But what happens when a young woman with that kind of past—promiscuity, people!—becomes a Christian? What’s she to do with a past that can’t be undone? How can she marry a “godly” man? And to be brutally honest, what truly godly man wants “that kind of girl” as the mother of his children? And yet, as a sincere Christian, she can’t marry a non-believer. That, too, would be unequal yoking.

What, then? Is she sentenced to a life without love? Pia thinks so.

I don’t. I've learned the hard way that God loves each one of us the most. And once He forgives our sins, to Him they no longer exist. They are completely, utterly, totally eradicated and erased from our life story. What a God!

Somehow, God allowed me to relate to Pia on a very deep, extremely personal level. I lay in bed at night and wept after writing scenes in which Pia felt unworthy and unlovable  I sent up my own prayers of gratitude and thanksgiving when she began to realize the awesome depth of God’s love for her. I ached for the hero when he felt incapable of carrying out his calling because he failed to reach a single, desperate soul.

And yes…I felt the brush of angel’s wings when Mr. Hart’s “friends” visited my characters. I experienced the skin-tingling, heart-pounding, soul-changing presence of God’s messengers, right along with Pia Peretti. I got the same goosebumps that peppered her arms, and it was my heart that tried to pound its way right through the walls of my chest.

Was it the first time? No. For some reason, God has chosen to insert an angel into all but one of my published books. I didn't plan it that way, hadn't even considered the possibility. But apparently God has a reason. When I first started writing with a mind to actually being published, I promised my Father that I would be His scribe. If He would provide the inspiration, even write the books, I’d be honored and thrilled to be His transcriptionist.

And that’s all I am. Anything genuinely good within the pages of a novel with my name on the front cover, without a single exception, was inspired of God. Every scene that grips a reader’s heart and touches her soul…God wrote it. Every touch of humor that makes a reader smile or experience some degree of joy…He made that happen. (Trust me, peeps, I am not a humor writer. I love to laugh, but it isn't usually me who makes laughter happen.)

Remember this, dear reader. Should you ever, while reading a Delia Latham novel, feel the presence of angels or get a little tingle of the spine that makes you wonder if you've been touched by something divine…should you hear the beating of heavenly wings in response to something I “wrote”…well, just know this: Someone much wiser and far more capable than I penned that passage of story.

And ask yourself this: Is it possible He included those precise words in that particular book just for you…?

~~~
Me again: Wow. Wasn't that just so powerful? Thanks for letting us see into the making of Jewels for the Kingdom and some insight into who you are, Delia.

Now again, to learn more about Delia or contact her, visit her site, http://www.delialatham.net/.

Release dates for the books in this series:

Jewels for the Kingdom (Oct. 10)
Operation Breathless by Marianne Evans (Nov. 9)
Leap of Faith by Tanya Stowe (Dec. 12)
Dance with Me by Mary Manners (Jan. 18).

Join me Monday when I review Jewels for the Kingdom, which I finished reading yesterday.

I hope you have been blessed by my blog. Thank you for your comments.

Most books I review are provided free by the author/publisher for that purpose. All reviews are my honest opinion.